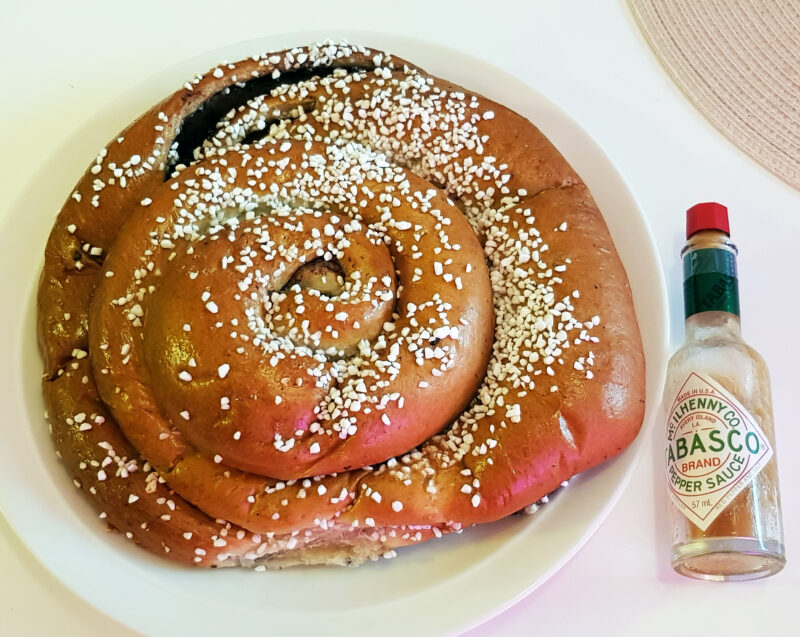 The exact origin of the cinnamon roll is difficult to know for sure, partly because there are many variations. It boils down to what you mean by cinnamon roll. If you mean it consists of dough, sugar, cinnamon, cardamom and butter, then as far as I know, the origins points to Sweden. As early as in 1857 there was an ad in the local newspaper in Åmål that mentions “cinnamon rolls”, if that is the same as today is unknown 1

Last time we were in Mexico I had to try a cinnamon roll by Cinnabon, which is from the US. It’s a glazed, warm cinnamon roll. It tastes very good, but it’s not the same as in Sweden2.

Why create a day around a pastry?

Sweden takes its cinnamon roll eating so serious it has its own day, the 4th of October and this day was this week. “Kanelbullens dag” translates to “the day of the cinnamon roll”. The “cinnamon roll day” was introduced 1999 in both Sweden and its neighbour to the east, Finland3. The reason for creating a day for the sweet buttery pastry was to encourage home baking.

Cinnamon rolls are available in bakeries all year round but each year on that special day in October there is a cinnamon roll eating spree in Sweden. So to commemorate the day , we at Play Español went to the best and largest cinnamon roll bakery in Sweden, in the district of Haga, Gothenburg. The cafe is called “Café Husaren – Hagabullen” 4. Yes, it’s big and it the bread has perfect moisture.

Believe us, the cinnamon roll is big. Below is Dalia with a Tabasco bottle for size reference. Note: the contents of the Tabasco bottle was not used when eating the roll 😜. We (almost) ate it all between the two of us. 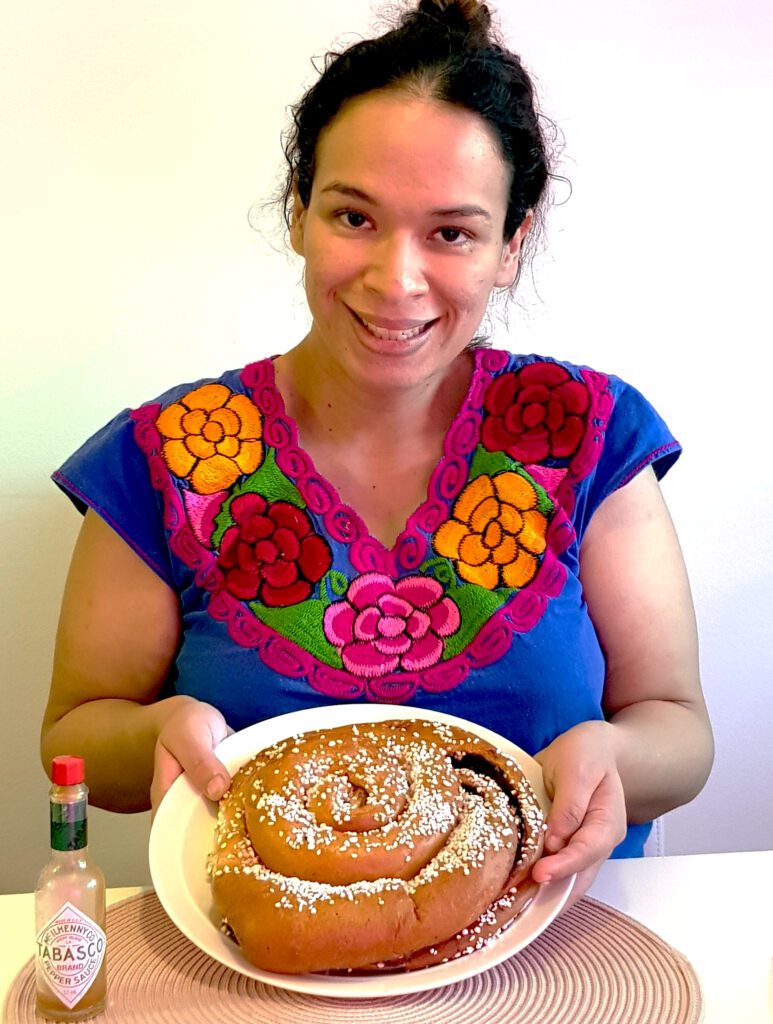 The word “canela” is in Swedish “Kanel”. Swedish is a Germanic language, so it is closely related to the older German word “kaneel” which in turn can be traced to the french word “canelle”5 but we will stop there for now.

If you enjoy the cinnamon rolls, try replacing the cinnamon with vanilla! Vanilla with butter and sugar is fantastic. 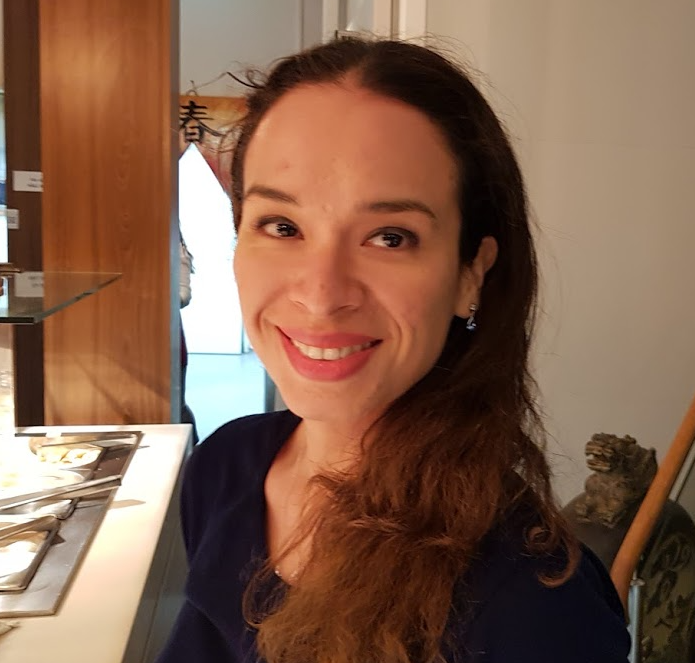 I am a Mexican Spanish teacher with a master in education with over 10 years of experience teaching spanish to kids, teenagers and adults at all levels. With me we will customize your learning experience. You will learn Spanish through my education platform and online classes by playing. Book a class!